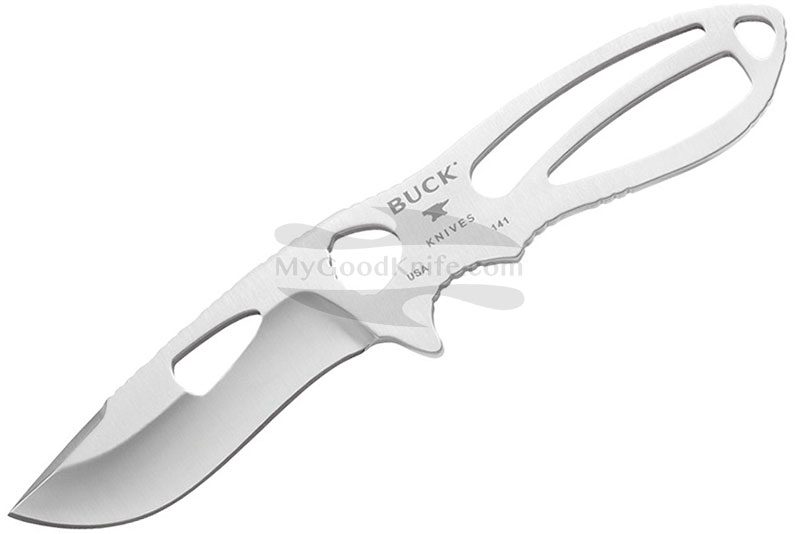 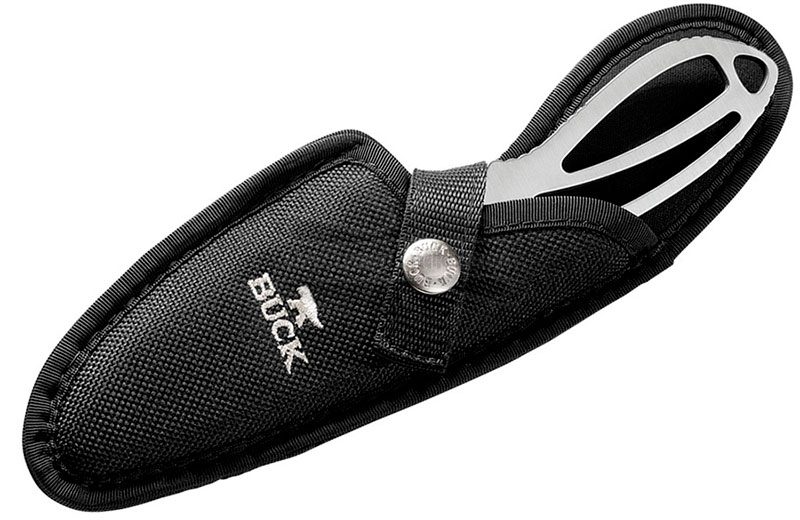 The PakLite® Skinner is ideal for meeting a hunter’s most difficult field dressing demands, anywhere from skinning to cutting joints. The larger design and re-curved skinner style allows a hunter to perform any task with confidence. The finger grip cutouts offer ultimate control, while the minimalist design makes it lightweight and easy to carry in a heavy- duty nylon sheath. It's great for packing into the field when light weight counts. The 420HC stainless steel blade and frame of 420HC steel ensure corrosion resistance and make the knife easy to clean. This skinner is an essential piece to any hunter's gear and will perform when called upon.

BUCK. INGENUITY RUNS IN THE FAMILY. A young Kansas blacksmith apprentice named Hoyt Buck was looking for a better way to temper steel so it would hold an edge longer. His unique approach produced the first Buck Knife in 1902. Hoyt made each knife by hand, using worn-out file blades as raw material. His handy work was greatly appreciated during World War II. After the war, Hoyt and his son Al moved to San Diego and set up shop as H.H. Buck & Son in 1947. Al Buck revolutionized the knife industry in 1964 with the Model 110 Folding Hunter. The folding “lockblade” knife made Buck a leader. A position we proudly hold today. Hoyt and Al Buck’s ingenuity may have put the company on the map. But it is our ongoing commitment to developing innovative new products and improving what we have by third and fourth generation Buck family members that have made Buck the successful knife maker it is today. Frankly, it’s what customers expect from a Buck