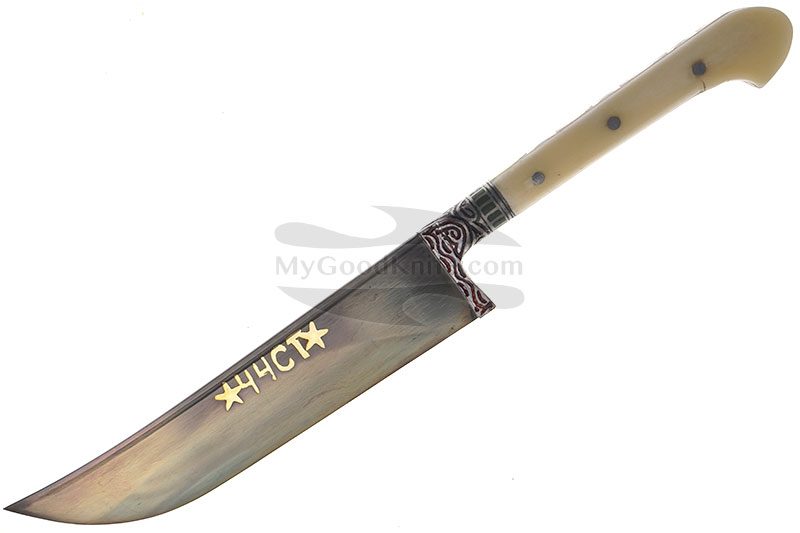 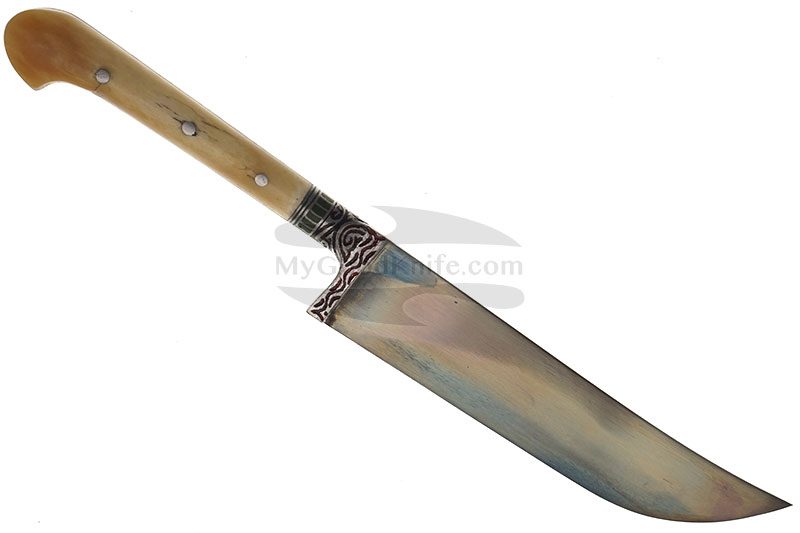 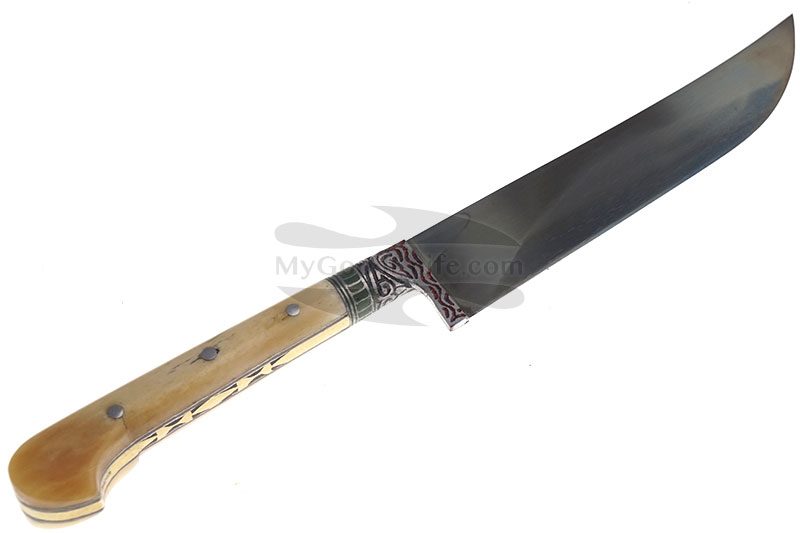 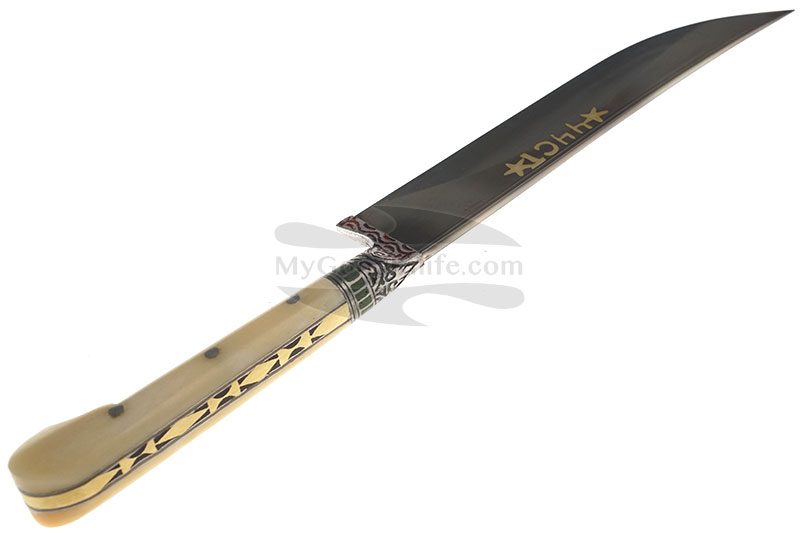 Pchak  from Uzbek knife manufacturing center - town Chust.  Handle is made of bone.  Pchak is a traditional knife of peoples of the Central Asia: the Uzbeks and the Uyghurs. Original knife for the meat dishes, BBQ. All knives are handmade. Due to the fact that all knives are handcrafted, sizes and colours may be slightly different from declared.

Pchak is a traditional Uzbek and Uigur knife, widely used in Central Asia and other countries. Pchak has a unique and distinctive appearance and the shape of this knife has remained unchanged during all these years. As opposed to Uzbek masters, Uigur smiths craft a broader variety of these knives and use several traditional blade shapes. The standard Uzbek and Uigur Pchak with a curved blade (Kayik) and a straight butt (Tugri) are similar to each other and differ only in the handle and incrustation.
Usually the broad blade of a Pchak is forged from carbon steel. According to an ancient tradition each respectable craftsman had a personal mark he’d put on each knife he made – the so called “Tamga”. Usually the mark included Islamic symbols – stars and half-moon.
The blades of expensive Pchaks are decorated with traditional ornaments and the handles – with circle-shaped ornamentation, named “Kyoz” or “Chashmak” in Persian (which means “eye”). This handle ornamentation is made from nonferrous or precious metals, or from bone and mother-of-pearl pressed into the handle plate. Pchak is a household and everyday accessory, an ideal knife for home cooking. “Kayik” – Pchak knife with a curved tip, is mostly used by hunters, since it is very handy for skinning.
Pchak is not a combat knife, because the thickness of its blade doesn’t allow to use it for such serious work as, for example, shaving metal or opening cans and chopping bones.
Attention! Carbon steel needs special care – you need to wash and wipe dry the knife right after it was used, otherwise the blade may quickly become rusty. Do not wash in dishwasher.