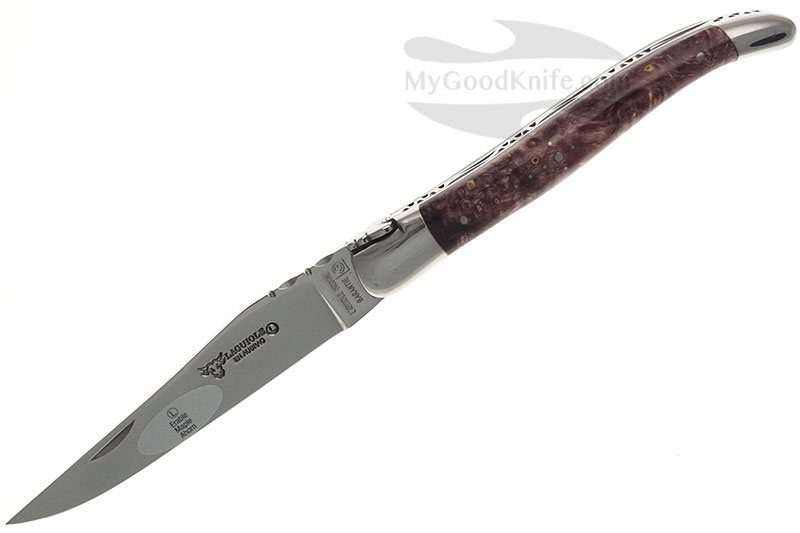 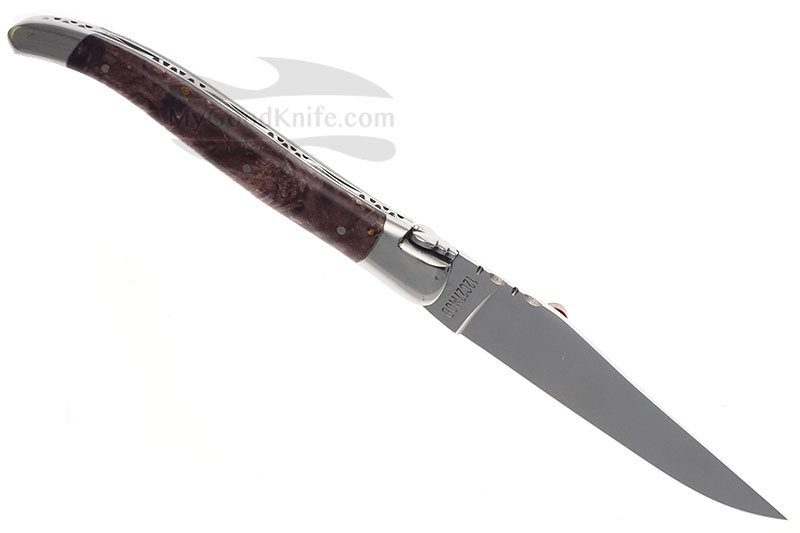 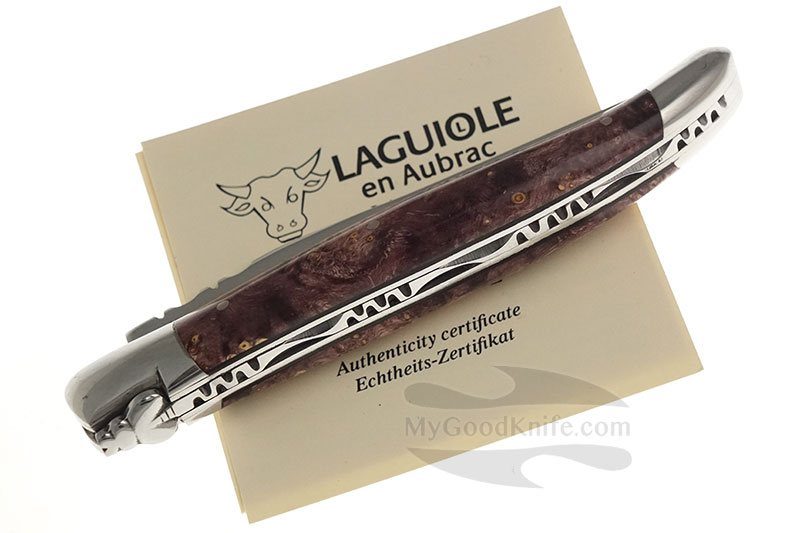 Laguiole knives have been manufactured in the southwest French province of Aveyron since the nineteenth century. Its predecessor, the “Capuchadou”, was forged with a fixed, unmovable blade. After the development of a unique folding mechanism by the smith Pierre-Jean Calmels, the blade was then able to fold into its handle, which lead to the creation of the folding knife, or jackknife. However, this beautifully curved jackknife originated not from France, but from seventeenth-century Spain, where it was called in original Spanish “navaja”.
Nearly everyone, be it man or woman, young or old, carried these knives with them at all times. In this unsettled period, it was used both as an all-purpose tool and as a weapon.
Young French craftsmen from the Aubrac region, who had travelled through Andalusia to perfect their skills, saw these unusual knives and studied the art of their production. With this new-found knowledge and skill, they returned to their homeland where they continued to develop the knife. Beautiful carvings of flies and bees were forged into the knives, and the sheath received the so-called “shepherd's cross”, made from metal pins. Being far superior to the old Capuchadou, these knives quickly became the shepherds' tool of choice during their solitary travels. They even stuck the knives into the ground or tree roots when they wanted to pray!
The incredible craftsmanship, remarkable sharpness of the blade and extraordinary quality of the materials used all contribute to the knives' legendary status and are considered unique cultural property of France. No one who has owned such a knife will ever again want to use any other!