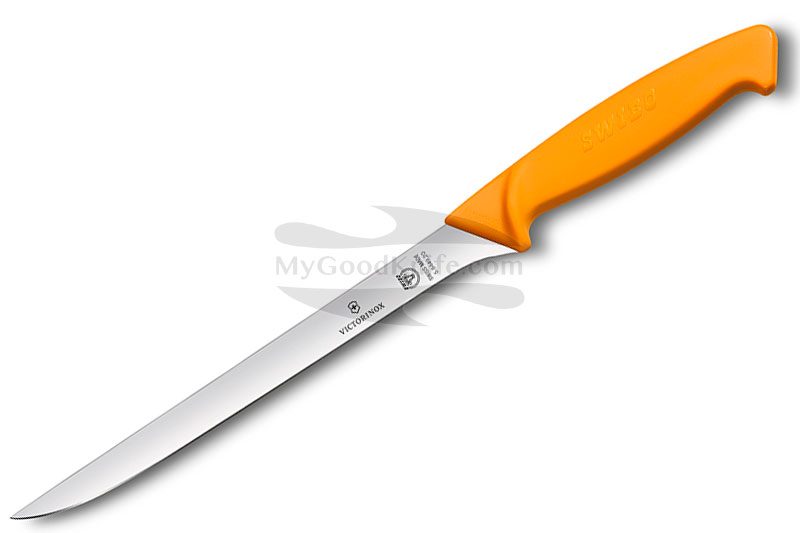 Victorinox Swibo filetting knife. Made with high carbon stainless steel to be more durable, tough and easier to sharpen. Signature yellow handle is highly ergonomic and non-slip even when wet. Blade lenght 20 cm. 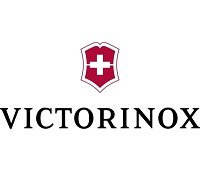 Victorinox company was founded in 1884. Since 1891, the company has delivered knives to the Swiss army. Their emblem—a cross in a shield—has been used by Victorinox since 1909. That year, the mother of founder Karl Elsener died and he named the company “Victoria” in her honour. In 1921, with the addition of “inox” (abbreviation for acier inoxydable, the French term for stainless steel) into their products, the brand and name of the company became the present “Victorinox” (“Victoria”+”Inox”). Today Victorinox produces Swiss Army knives, kitchen knives and other.